These are some photos that have been taken over the past few decades at Ed Video. Do you know someone in one of these photos? Email us at scott@edvideo.org 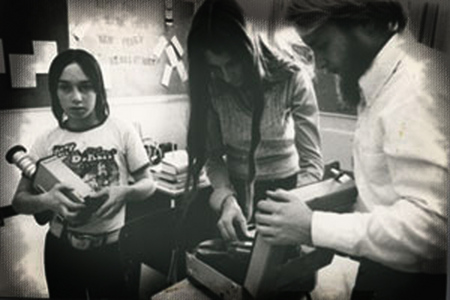 
Information from Marlene Hoff: We are two of the four founding members: Charlie Fox, Marlene Hoff,
Greg Hill and Brad Small, all graduates of the University of Guelph Fine Arts
Program in 1975. This photo was taken at one of the schools where we taught Video
Arts through the LIP grant that we received in 1975-76. Ron Eyre was the director of
the Media Centre at the Wellington County District School Board (as it was known at
that time), he helped us get access to schools in Guelph, Elora, Fergus and the
surrounding region. We also offered Community Arts sessions in Zavitz Hall on
Saturdays, throughout the course of the LIP grant, that were very well attended by
the general public. For a while, we were housed in Charlie's apartment. This is of
course, all prior to ED Video Inc. moving off campus to the downtown location. 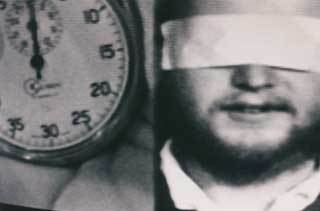 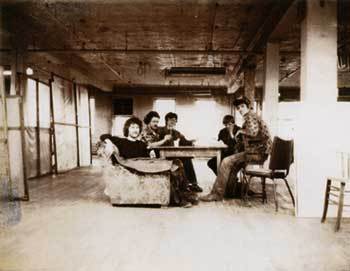 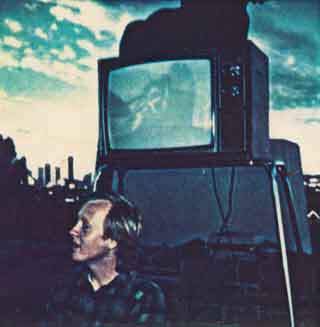 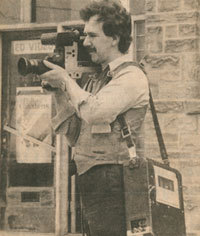 Stephen Orgill with a Sony Portapak 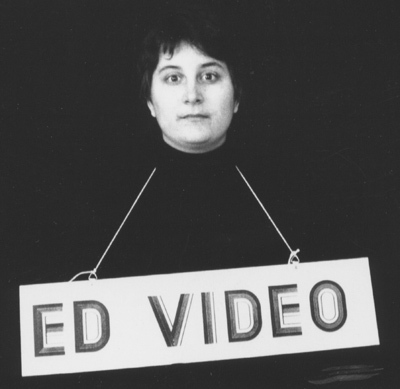 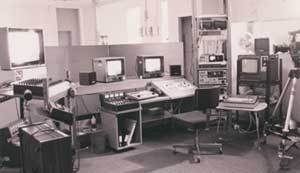 Edit suite on the 3rd floor of 16 Wyndham Street.

(thank you to Nick Hall, Loretta Paoli, and Marlene Hoff for identifying some of the people in these photos)