Kerry Griffin is an alumni of the Toronto Mainstage, where he was featured in the revues Barack to the Future and 0% Down, 100% Screwed. A multiple Canadian Comedy Award winner as an individual and with troupes Slap Happy and Monkey Toast, Kerry is also a founding member of the Bad Dog Theatre Company. Acting credits include Train 48, Trojan Horse, Princess, and Degrassi: The Next Generation. He has appeared on stage in productions such as Noel Coward’s Fallen Angels, Norm Foster’s The Melville Boys, and the Toronto production of Co-Ed Prison Sluts. That’s right, Co-Ed Prison Sluts. It was a musical. 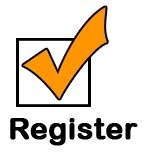