All The Colors that Combine to Make White are Important 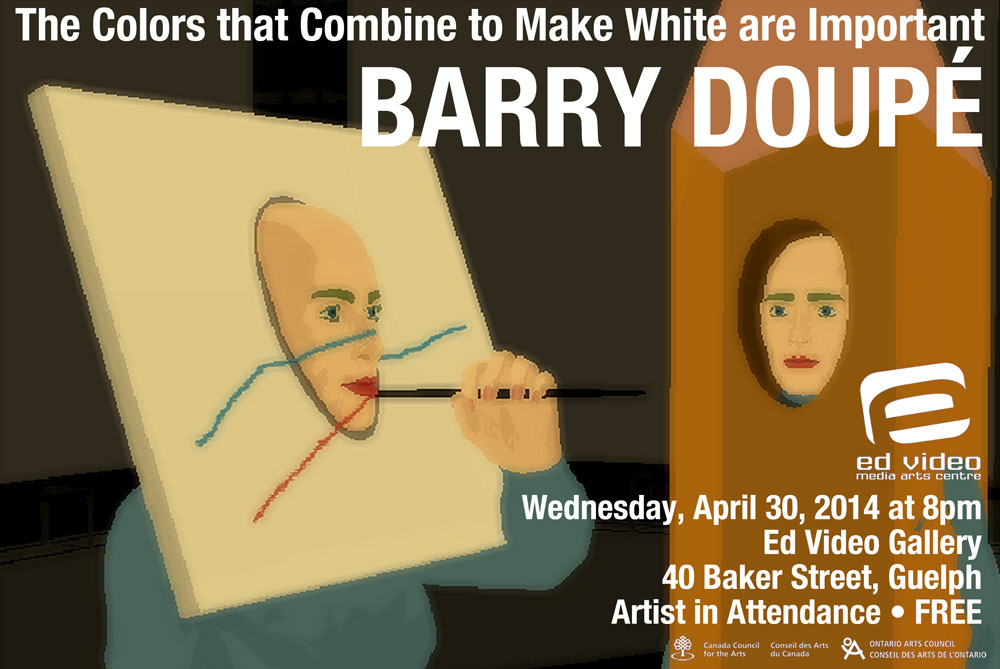 Special screening with artist in attendance

In The Colors that Combine to Make White are Important, Vancouver animator Barry Doupé explores the power structure within a failing Japanese glass factory. Two parallel storylines — one involving the investigation of a suspect employee, the other a stolen painting — converge in an exposition on gender and desire. Doupé’s
computer-animated film has its characters rapidly evolve through three distinct acts, while subverting the dominant archetypes in the Japanese salaryman genre. The hierarchical relationship between boss and employees
is undone to examine language, art, and expression.

Barry Doupé, born 1982 in Victoria, B.C., is a Vancouver-based artist primarily working with computer animation. He graduated from Emily Carr University in 2004 with a Bachelor of Media Arts majoring in animation. His
films have been screened at various venues across Canada and around the world, including the Ann Arbor Film Festival, International Film Festival Rotterdam, Pleasure Dome (Toronto), MOCCA (Toronto), Whitechapel Gallery
(London), and the Tate Modern (London).