Corpusse - Surrender to the Passion 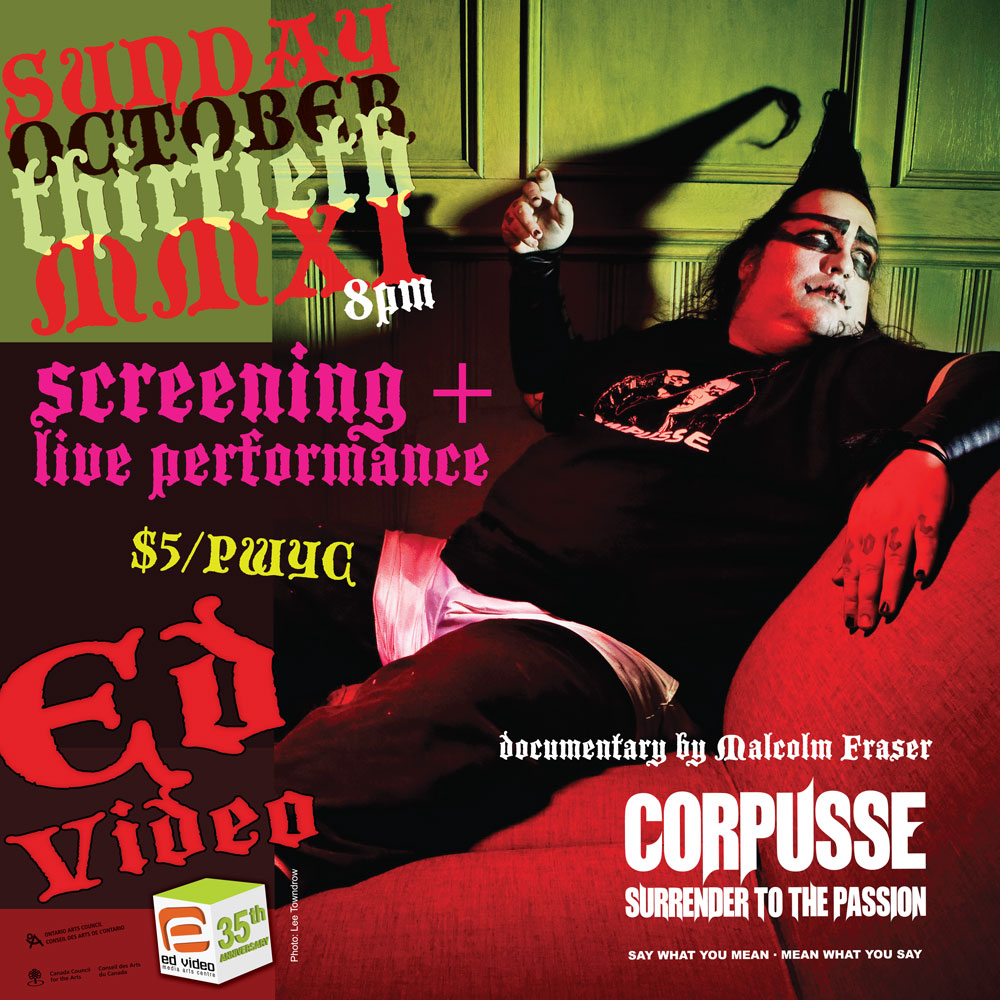 Corpusse is a Montreal-born musician, performance artist and painter who has been pursuing his extreme, uncompromising vision for over 20 years. His work has been described as "gothic shock opera” (Rue Morgue magazine) and "a cross between spoken word and pro wrestling” (Montreal underground culture archivist Louis Rastelli), and the Montreal Mirror’s Jonathan Cummins has declared, "If you think you’ve heard it all, you haven’t heard Corpusse.”

CORPUSSE: SURRENDER TO THE PASSION is a documentary about Corpusse’s life, art and philosophy, featuring archival performance footage from throughout his career, and numerous interviews with his friends, family and fans (including underground cartoonist Rick Trembles and Chloe Lum of notorious noise-rock band AIDS Wolf, and Matt Collins from Ed Video's board of directors), as well as the enigmatic Corpusse himself. Occasionally shocking and unexpectedly touching, the film is a portrait of a truly unique artist that also touches on deeper questions about art and creativity in general.

This special screening will be followed by a performance by Corpusse himself, accompanied by his trusty sidekick, soundscape engineer (and comic artist) Lorenz Peter.

Say What You Mean - Mean What You Say