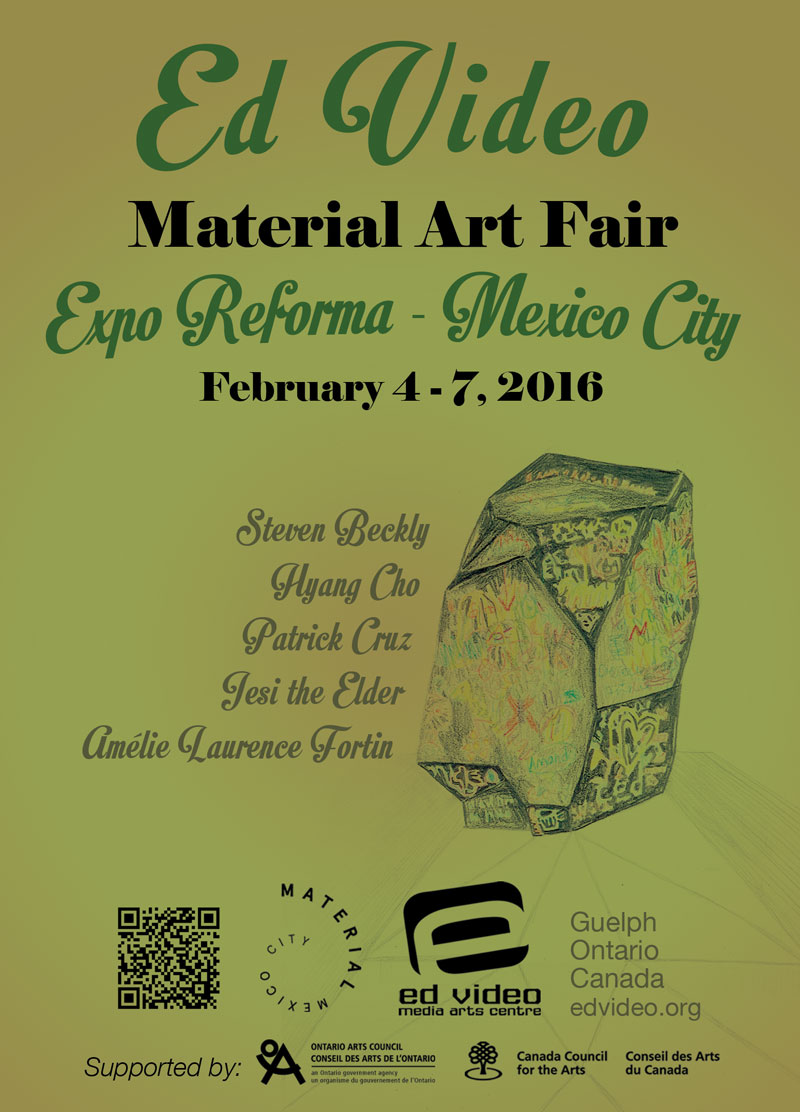 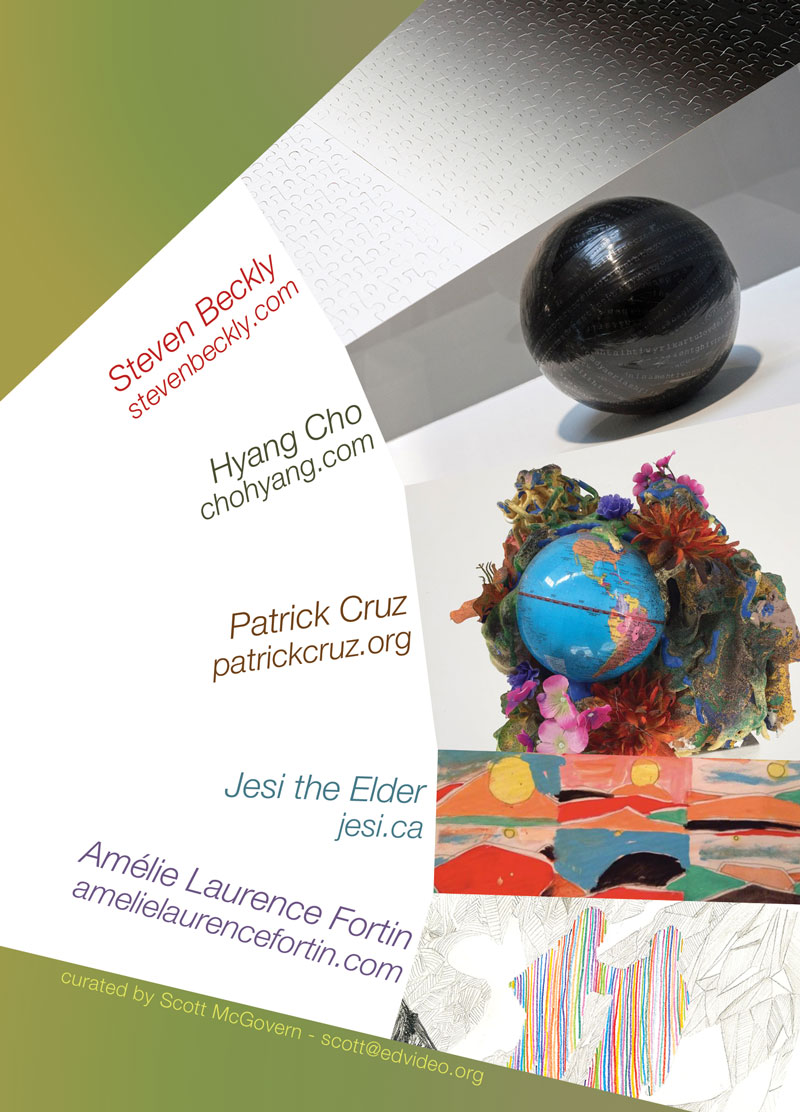 Ed Video’s participation at the Material Art Fair is an initiative to provide valuable international exposure and opportunities for Canadian artists.

Steven Beckly works with photography, publications, sculpture, and installation. He explores the human experiences of love and desire, intimacy and relationships through the multiplicity of images and interrelations amongst their meanings. Cultivating the lyricism in poetry, and the power of metaphor, his work investigates the physical, psychical, and emotional dimensions of our intimate encounters. He currently lives in Guelph where he is an MFA Candidate at the University of Guelph.

Hyang Cho was born in South Korea. She first studied at Sogang University in Seoul; received her MFA from the University of Guelph, and is based in Guelph. Hyang Cho’s work at Material Art Fair is courtesy of the artist and Georgia Scherman Projects.

Patrick Cruz (b. Manila, 1987) attended University of the Philippines College of Fine Arts, and graduated from Emily Carr University of Art + Design. He is currently a Master’s candidate at University of Guelph in studio art.  Cruz’s art has investigated the aesthetic and poetic relationship between painting and sculpture.  In November 2015, Cruz was the national winner of the 17th Annual RBC Canadian Painting Competition.  Cruz plans to invest some of his prize money in his ongoing Kamias Triennale in 2017 to create opportunities and dialogue for young artists in the Philippines and in Canada.

Jesi the Elder is a self-taught animator experimenting frame by frame since 2005 in Toronto, Ontario. Her animations are also diaries of her most traversed landscape: that of her own vivid imagination. Her practice also includes drawing, painting, murals, sculpture, and performance art.

Amélie Laurence Fortin is based in Quebec City and has a BA and MA from Laval University.  Her multidisciplinary work examines the concept of ‘the epic’ and the desire for the sublime, and has been exhibited around the world.  Since 2013, she has been the Managing and Artistic Director of ‘Regart - centre d’artistes en art actuel’ in Lévis, Quebec.

English/Spanish yoga classes will be presented by Jesi the Elder at the Material Art Fair.

Here is a full list of exhibitors at the Material Art Fair 2016: