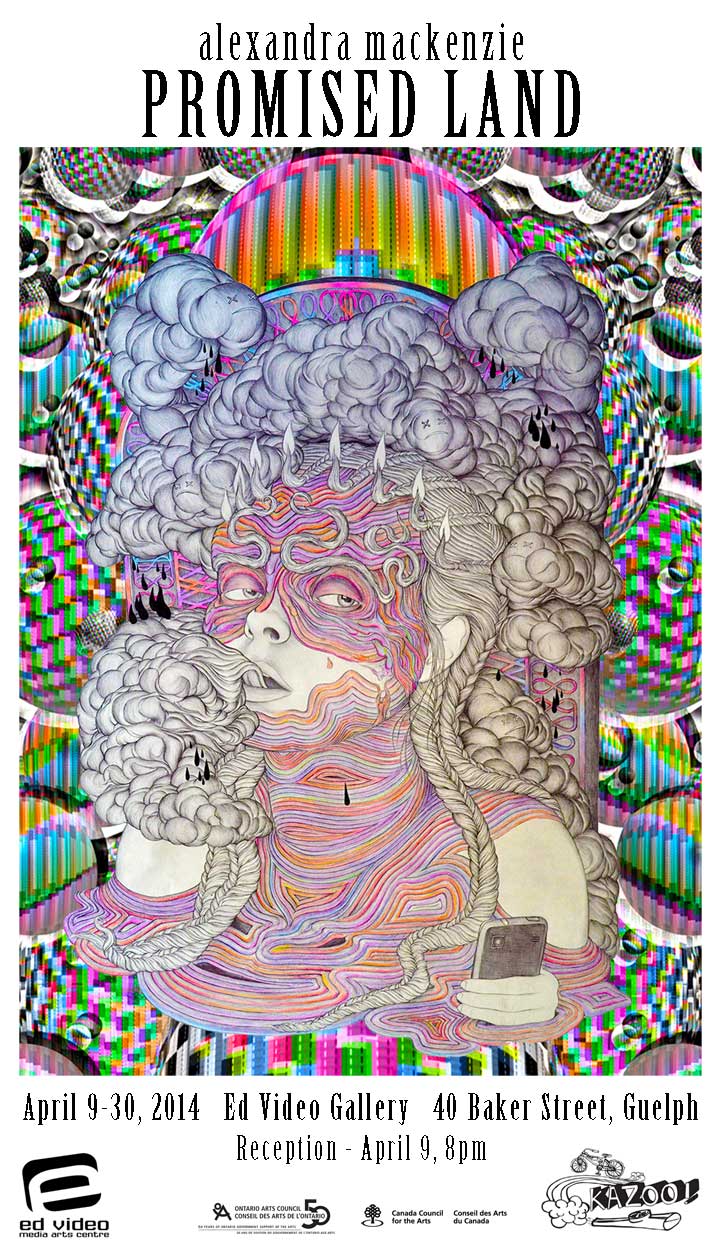 The Promised Land is a place sought and fantasized, where happiness is imagined to be found. Alexandra Mackenzie (AKA Petra Glynt who is also playing at Kazoo! Fest) turns Ed Video Gallery into an immersive environment using animation, installation, printmaking, and drawings. The artist takes the words Promised Land to articulate the double edge reality of freedom in our society, illustrating it as a delirious illusion of totalistic fantasy. Promised Land is a work in progress with the intention of having mobility to travel the exhibition.