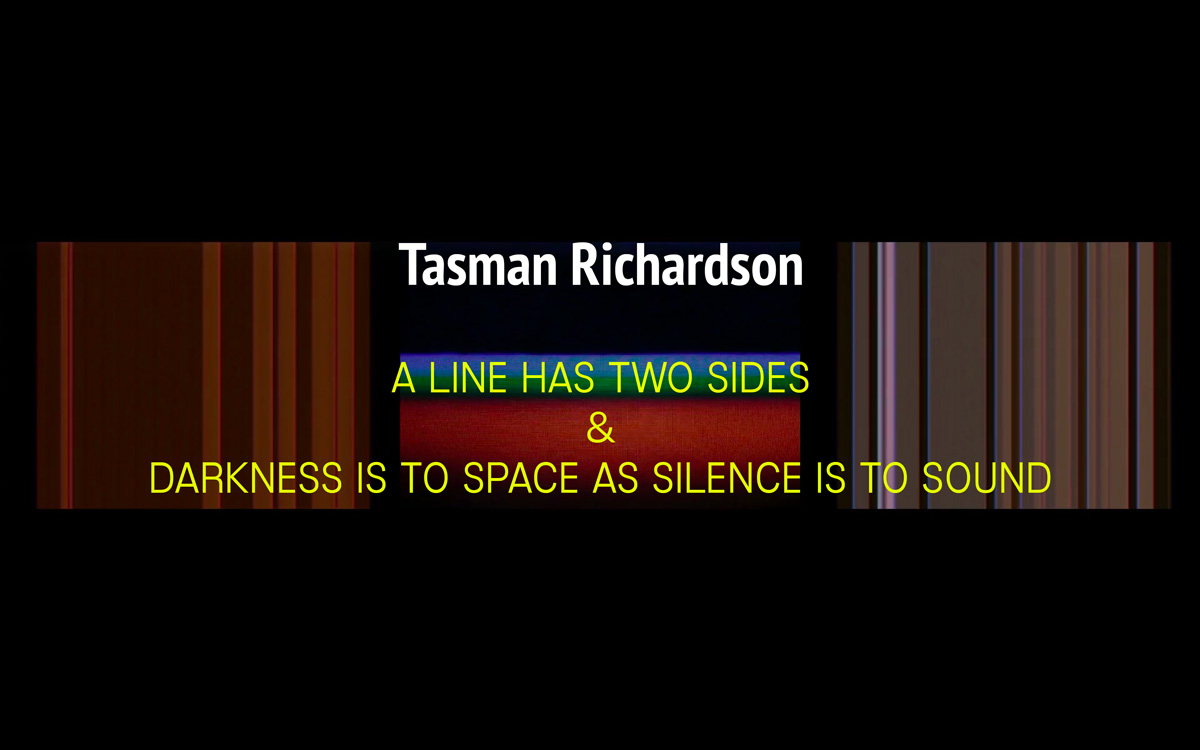 A Line Has Two Sides

Darkness is to space as silence is to sound

Ed Video and Kazoo! Fest are proud to present two live three-channel AV performances by renowned video artist Tasman Richardson. Since 1996, Tasman has been pushing the limits of video as a medium using montage techniques he has developed to meld sound with vision and medium with meaning. For Kazoo! Fest 2019, Tasman will present ‘Darkness is to space as silence is to sound’ and ‘A Line Has Two Sides’ which were premiered at the Music Gallery’s 'X Avant XIII', curated by Bear Witness of A Tribe Called Red.

Darkness is to space as silence is to sound
2018, 16 minutes, three-channel live performance
Sourced FM transmissions from around the earth and their landscapes as viewed by satellite. The fragments are heavily cross-pollinated to produce an omnipresent survey of our relentlessly witnessed world.

Using glitches harvested from an Atari 2600 game console, a triptych audiovisual spectacle is performed in real-time. By triggering hundreds of clips and positioning them in space and time, the audience is wrapped in a pulsating foil of visual music made entirely from the sound of the source clips—a signature of the JAWA method first developed by Richardson in 1996. Manipulating these ghosts in the machine through synchronized cuts of the seen and heard induces an anxious immediacy as the nervous system responds to light and the heart rate responds to bass rhythm. The result is a fierce, abstract expression inspired in equal parts by Kandinsky and Pan sonic.