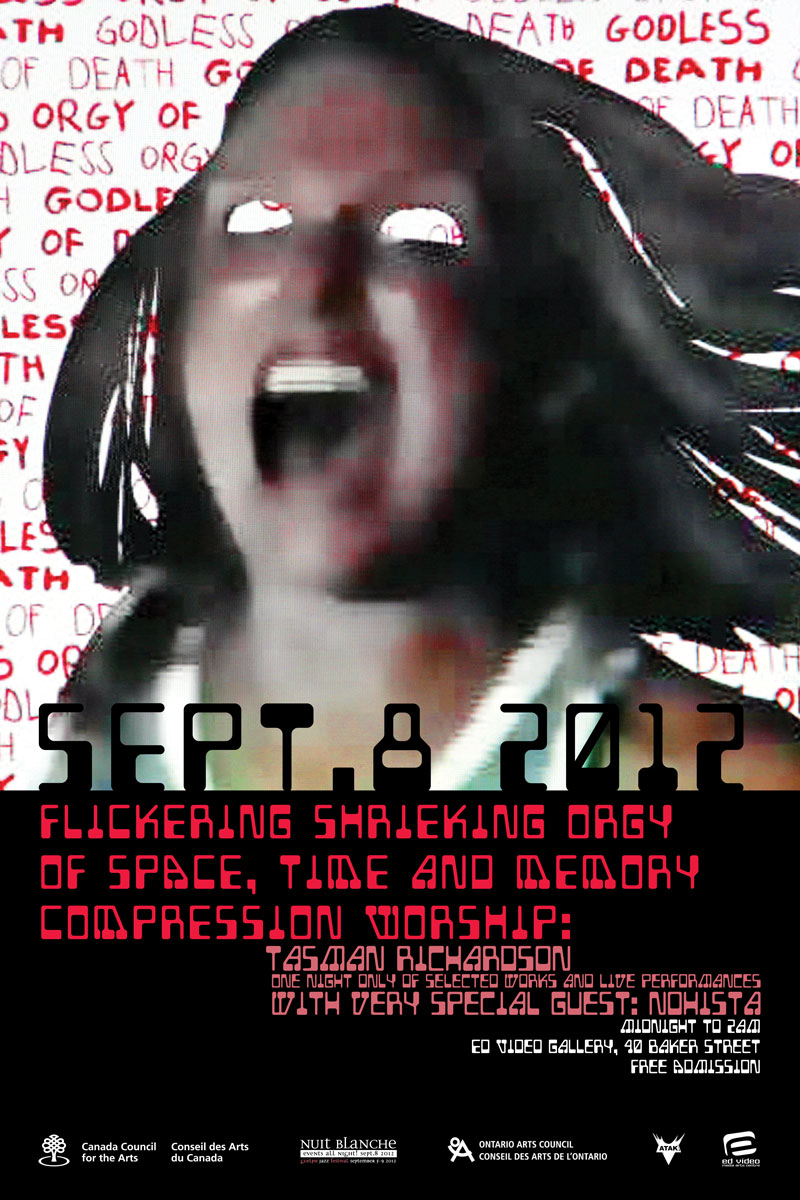 One night only of selected works and live performances by Tasman Richardson with special guest Nohista and featuring a premiere performance of 'Hydra', a new collaborative work

Tasman Richardson is a Toronto based video artist. For over a decade he has exhibited and performed extensively throughout the Americas, Europe, North Africa and Asia. His work focuses on entropy, tele-presence, appropriation, synesthesia, and JAWA editing (of which he is the founder), in which musical composition and abstract narratives are created entirely from video cut ups. His large scale solo exhibition Necropolis at the Museum of Contemporary Canadian Art received wide critical acclaim and he was recently named a 21st century Canadian Icon by Bruce Mau Design. He was also co-founder and art director of the now defunct media artist collective FAMEFAME during which time he created the annual event Videodrome, a competitive showcase for emerging JAWA artists.  He is a proud member of the media label V-ATAK.

Bruno Ribeiro, aka Nohista, is an audiovisual artist. Considering hearing and sight to be a single and indivisible sense, he plays images like a musical instrument, through which sound becomes tangible. In his creations, he works on the themes of perception and illusion, creating immersive and sensitive performances for the audience.  A film-maker, graphic designer and live performer, Nohista is a member of the label V-ATAK.  His creations have been presented in various festivals in Canada, Brasil, Switzerland, Czech Republic, Poland, Austria and France.