Tristan Perich is a New York based artist whose work is inspired by the aesthetic simplicity of math, physics and code. The Wire magazine describes his compositions as "an austere meeting of electronic and organic.” 1-Bit Music, his 2004 release, was the first album ever released as a microchip, programmed to synthesize his electronic composition live. His award winning work coupling 1-bit electronics with traditional forms in both music and visual art has been presented around the world, including Sonar (Barcelona), Mutek (Montréal), Mikrogalleriet (Copenhagen), the Whitney Museum (New York) and bitforms gallery (New York).

Lucky Dragons is an ongoing collaboration between Los Angeles-based artists Sarah Rara and Luke Fischbeck. Active as a band since 2000, they are known for their participatory approach to making music, radically inclusive live shows, and their playfully humanistic use of digital tools. The name "lucky dragons” is borrowed from a ﬁshing vessel that was caught in the fallout from h-bomb tests in the mid-1950′s, an incident which sparked international outcry and gave birth to the worldwide anti-nuclear movement. Lucky Dragons’ sister projects include "sumi ink club”–a platform for collaborative art work, "glaciers of nice”–a small press and internet community, "the elysian park museum of art”, and KCHUNG, a low-power AM radio station in Los Angeles.

LAST MINUTE ADDITION TO THE BILL:

Lesley Flanigan is a New York-based vocalist, artist, composer and performer. Inspired by the tangible elements of electronic sound, she builds her own instruments using minimal electronics, microphones and speakers. Performing these instruments alongside traditional instrumentation that often includes her own voice, she creates a kind of physical electronic music that embraces both the transparency and residue of process — sculpting sound from a pallet of noise and subtle imperfections. 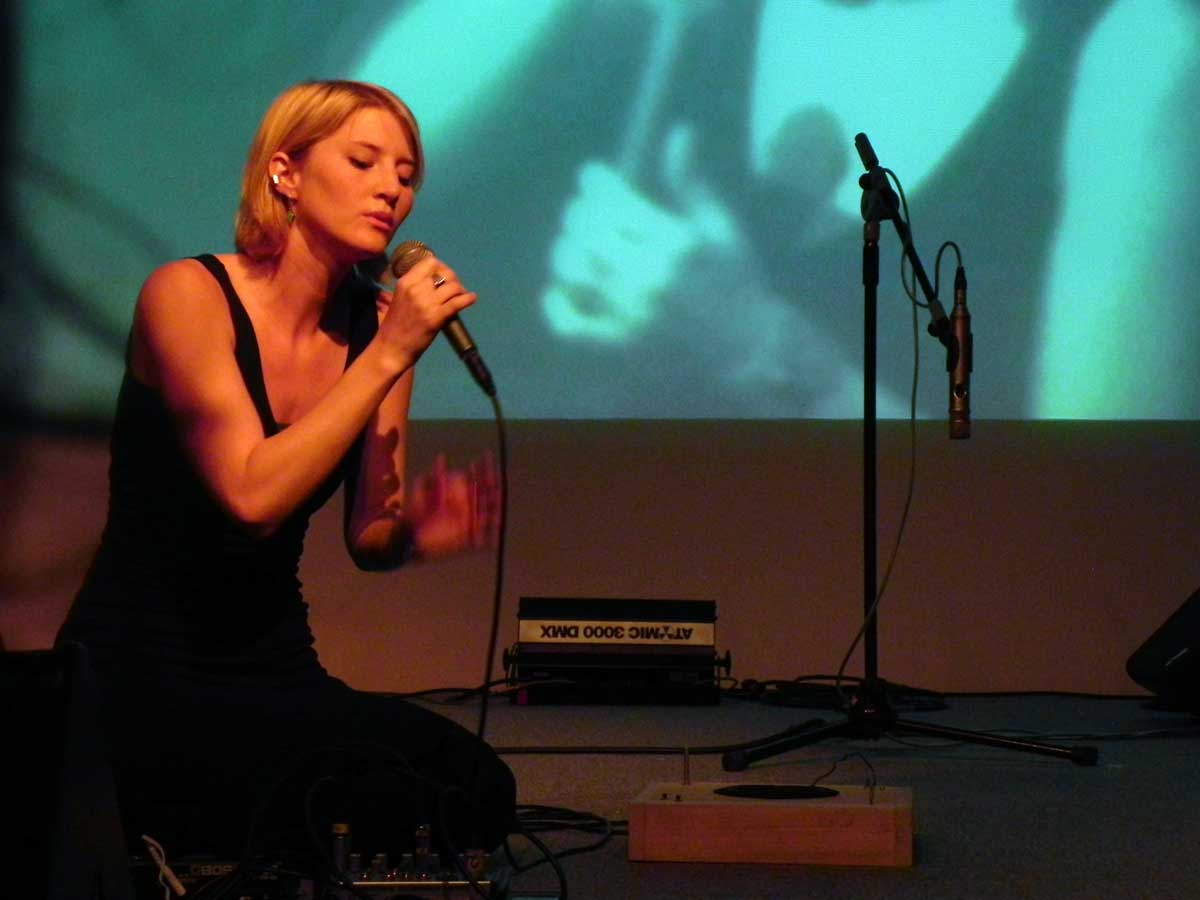