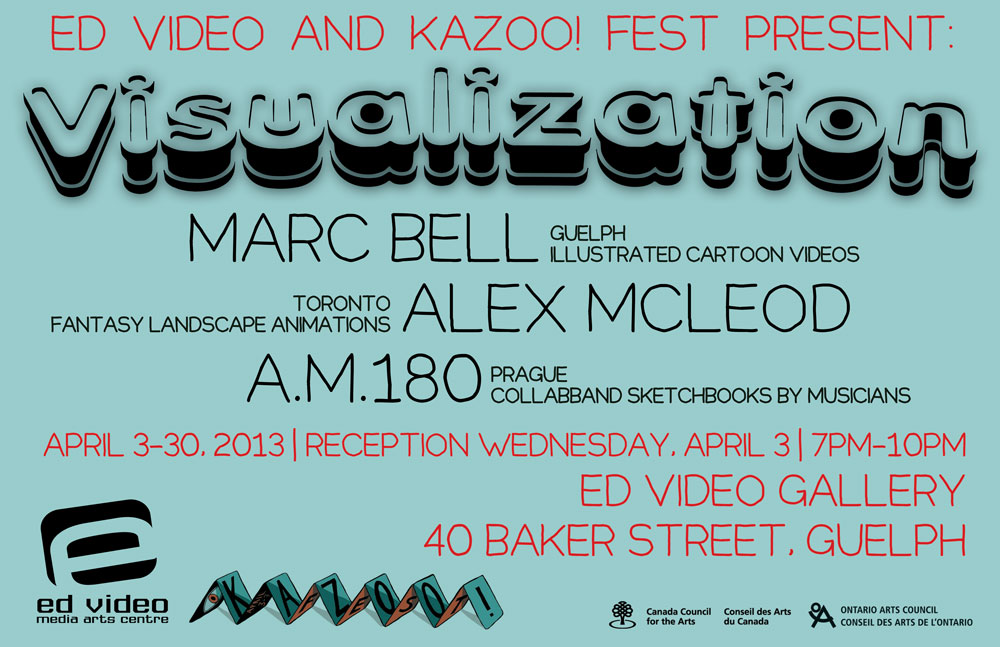 More about the artists: 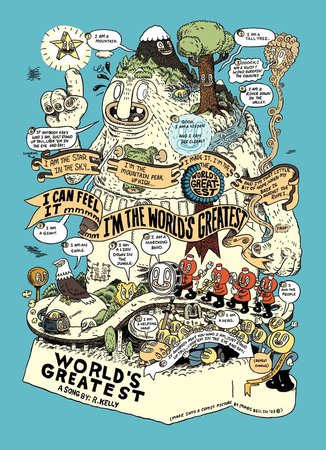 Marc Bell is a Canadian cartoonist and artist. First known for creating comic strips (such as Shrimpy and Paul), Bell has also created several exhibitions of his mixed media work and watercoloured drawings. Hot Potatoe [sic], a monograph of his work, was released in 2009. He has also been published in numerous anthologies, such as Kramers Ergot and The Ganzfeld. Bell is represented by the Adam Baumgold Gallery in New York City and COOPER COLE in Toronto. 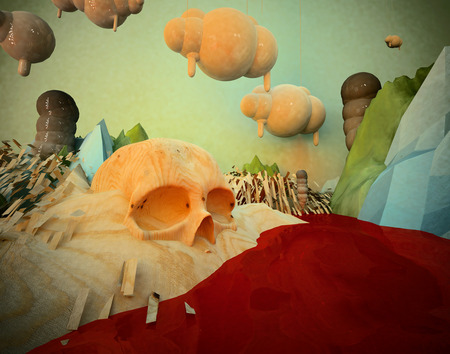 Alex McLeod constructs hyperrealistic 3D environments filled with crystalline mountains, fiery lakes, and rotund clouds, all rendered in a sickly sweet and gooey candy-colored palette. Recalling the wide-open vistas of Romantic landscape painting while at the same time staging otherworldly dystopias, McLeod’s CGI prints act as hybrid spaces that imply an almost infinite recombination of the past and present, the real and virtual. Beneath their seductively polished surfaces, of glimmering fortresses and floating geometric abstractions, lies a haunting stillness that comes forth in the aftermath of cataclysmic events. The cause of destruction remains unknown in these depopulated spaces -there are no people in these images, however much human traces remain in the rickety railways and empty fortresses.

And yet, from the twilight of devastation shown in these strange dioramas lies possibilities for hope and rebirth in our own digital milieu through the artist’s new approaches to concepts as varied as ecological responsibility and the shared intersections between photography and painting.

A.M.180 collective is a platform for contact between independent music and contemporary art in Prague, Czech Republic.  Since September 2003, A.M.180 has been running a multipurpose space based on DIY principles and punk ethics.  A.M.180 arranges exhibitions, live concerts and performances, and organize the CREEPY TEEPEE independent music festival in Kutná Hora.  A.M. 180 also has several record labels, including Arty Maniac Discs, AMDISCS, and now CREEPY TEEPEE AUDIO.  The CollabBand SketchBook project features drawings from musicians such as: 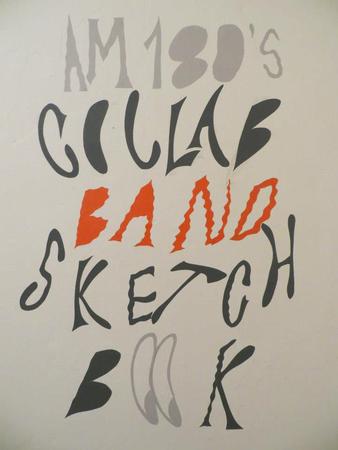